The Belgian War Between Kazakh Oligarchs 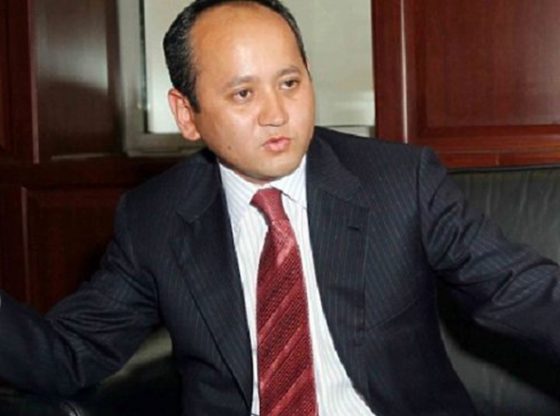 A curious scandal titled “Kazakhgate” keeps reappearing in Belgium. The first one started in late 1990s, and involved the Belgian company Tractebel. The second one started in 2014, and led to the establishment of an inquiry commission in the Belgian parliament.

However, this is mostly a fabricated scandal which reflects the power struggle between various groups of Kazakhstani oligarchs. And this is what makes it strange: it is not every day that one can see the Belgian establishment involved, knowingly or not, in a fight between Kazakh oligarchs.

In October 2012, the French magazine Le Canard enchaîné published a story that accused then president Sarkozy of interfering in Belgian affairs in order to secure a contract with Kazakhstan’s president, Nursultan Nazarbayev.

According to the story, in 2009 Kazakhstan agreed to buy French military helicopters, Eurocopter. Nazarbayev conditioned the buy, though, by asking Sarkozy to help three of his friends, Patokh Chodiev, Alijan Ibragimov and Alexander Mashkevitch, to be cleared of all charges brought against them by prosecutors in Belgium.

Sarkozy and Chodiev, the story goes, pressured top Belgian politicians and government officials to change the Code of Criminal Procedure so that to become possible to enter into settlement agreements with the Public Prosecutor to terminate the public prosecution of offences at all the stages of a criminal procedure.

As a result, on 17 June 2011 Chodiev was the first beneficiary of the new law, by agreeing a settlement with the Public Prosecutors in Brussels. Ten days later, on 27 June 2011, France and Kazakhstan signed a deal according to which Kazakhstan agreed to buy 40 Eurocopter helicopters from France.

The story re-emerged in October 2014, when another French outlet, Le Monde, revealed that prosecutors are investigating people close to Sarkozy, suspected for bribery in the case of the helicopters sold to Kazakhstan.

From 2014 onwards, this became one of the main stories in the Belgian media, being constantly covered by major outlets like Le Soir, La Libre Belgique or Le Vif. Eventually, in 2016 an inquiry commission was established by the Belgian parliament, in an attempt to understand how the settlement law came into being.

The man behind the scandal: Mukhtar Ablyazov

Mukhtar Ablyazov is a Kazakhstani oligarch with an ambiguous image. Some consider him a hero for fighting against Nazarbayev. Others see him as a Kazakh Bernie Madoff, who created a large Ponzi scheme and now is trying to get away with it.

Ablyazov held various positions in the Kazakh government until 2002, when he was arrested for creating and sponsoring a political party hostile to Nazarbayev. 10 months later, in May 2003, he was released from prison and two years later he became owner and the Chairman of the Board of Directors of Kazakhstan’s largest bank, BTA.

After the financial crisis in 2007-2008, BTA began having problems, and an investigation discovered that Ablyazov used dummy accounts and offshore companies to move billions of dollars out of Kazakhstan and into his own pockets.

As a consequence, Ablyazov fled to the United Kingdom, where in 2011 he was granted political asylum. However, in 2012 a British court found him guilty of contempt for refusing to reveal the properties that he allegedly bought with the money taken from BTA.

Facing jail in UK, Ablyazov fled to France in 2012. The French authorities located him in 2013 and arrested him. In 2014, a French court order allowed the French authorities to extradite him in Russia, where Ablyazov was charged with the same crimes he was charged in Kazakhstan, since BTA also had branches in Russia, However, in December 2016 the French State Council overruled the order and released Ablyazov from custody.

The dates are important. In April 2014, for instance, on the same day when a French court ordered Ablyazov to be extradited to Russia, Le Canard enchaîné published a story that accused those judges for corruption. This is a strong indication that Ablyazov was somehow able to place an article in the French magazine.

This strongly suggests that the story published in 2012 by Le Canard enchaîné was also planted by Ablyazov. In 2012, Ablyazov was already in France, running not only from the Kazakhstani justice system, which is understandable up to a point, but also from the British justice system. And he chose France precisely because France has no extradition treaty with Kazakhstan.

In October 2014, a Polish foundation with offices in Brussels, Belgium, Open Dialog Foundation, published on its website an article referring to the scandal in France related to Kazakhgate: http://en.odfoundation.eu/a/5154,kazakhstangate-a-political-scandal-involving-france-kazakhstan-and-belgium.

Open Dialog Foundation is known for its strong support for Ablyazov, constantly describing him as a hero fighting against the dictatorial regime of Nazarbayev – so much so that some consider the foundation as a front for Ablyazov’s PR network. However, there is one thing to support Ablyazov, and a completely different thing to publish articles that attacks his business competitors.

The grudge he holds against the Trio is obvious if we read Ablyazov’s Facebook page. On May 17 2017, for instance, he shared a post by Aydos Sadykov: “Khromtau is a small town in the Aktobe region. In the 90s it was privatized by Mashkevich, Chodiev and Ibragimov. The so-called “Eurasian group” bought from the state the only chrome mines in the country. In the entire post-Soviet space, chrome was mined only in two places: in Khromtau and Petrozavodsk (Karelia, Russia). Since then, Kazchrome belongs to the citizens of Israel, Belgium and Uzbekistan.” [Chodiev is Uzbek, and he also holds Belgian nationality, like Ibragimov; Mashkevitch holds Israeli nationality.]

To this, Ablyazov adds: “I would like to add that all these enterprises got these owners free of charge back in the mid-1990s. Why? Because their business partner and co-owner is President Nursultan Nazarbayev.

You will find nowhere the information that this group will pay hundreds of millions of dollars for these assets in the country’s budget. It’s just an enterprise stolen from the country.

On these assets, manipulating the shares of these enterprises, using their official position, Nazarbayev and Co. stole billions of dollars from the National Fund. And they pay pennies for workers at these enterprises.”

Note the populist and nationalistic tone of the post: Chodiev, Ibragimov and Mashkevitch are foreigners – Uzbeks, Belgian and Israeli – not Kazakhstani natives. They don’t deserve to own Kazakhstani properties that they “stole” from the Kazakh people and for which they pay nothing. In addition, they exploit poor Kazakhstani workers. This is quasi-fascist propaganda that proves beyond any doubt Ablyazov’s true colours.

According to Intelligence Online, Ablyazov is in contact with Georges Gilkinet, a Belgian MP from the Green party (Ecolo): https://www.intelligenceonline.com/corporate-intelligence/2017/05/10/kazakhgate-chodiev-probes-belgian-accusers,108232970-ART.

Gilkinet is none other than the vice-president of the inquiry commission in the Belgian parliament investigating “Kazakhgate.” He is also the loudest supporter of the theory that Chodiev, Ibragimov and Mashkevitch changed the criminal law in Belgium for their own interest and with support from French former president Sarkozy.

Because of this, there are strong suspicions that, just like the Polish Open Dialog Foundation, Gilkinet is part of Ablyazov’s PR network. The irony here is that a Belgian MP is the agent of a Kazakhstani oligarch fighting a dirty war against other Kazakhstani oligarchs on Belgian soil.