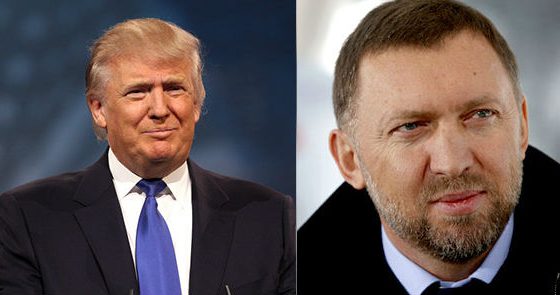 In 2008, Oleg Deripaska was Russia’s richest man, with a fortune estimated by Forbes at around 28 billion dollars. The financial crisis almost took him out of business, but he managed to bounce back. His current wealth is estimated at around 5.2 billion dollars. His comeback is thought to have been largely supported by Putin, who counts Deripaska as one of his closest advisors.

From Yeltsin to Putin

Deripaska is an aluminum tycoon and a seasoned metal trader. Among other companies, he owns United Company RUSAL, the world’s second largest aluminum company.

He started small, in 1993, when he founded VTK, a metal trading company. Gradually, he came under the protection of Valentin Yumashev, one of Boris Yeltsin’s top advisers, and thus he became part of “The Family,” the inner circle that controlled Russia during the Yeltsin years. He eventually married Yumashev’s daughter, Polina, in 2001, consolidating his position within The Family.

Smart, educated and highly ambitious, Deripaska grew from rich to richer. His flair in networking with influential Western politicians and PR agencies, combined with his Russian connections, helped Deripaska become very influential in Russia. He thus moved swiftly from Yeltsin to Putin, who understood how Deripaska could help him get a positive image in the West.

U.S. officials described Deripaska in a leaked cable published by WikiLeaks as “among the 2 to 3 oligarchs Putin turns to on a regular basis.” His loyalty to Putin went so far that in 2009, after the financial crisis, he accepted to be publicly bullied by Putin, who famously called him a “cockroach,” in an attempt to show the Russian strongman’s determination to fight the oligarchs.

After this PR stunt, the Kremlin bailed Deripaska out, offering him a 4.5 billion dollars loan that helped him recover from the financial crisis. Because Putin always rewards his loyal servants.

In August 2009, George Osborne, then Shadow Chancellor for the UK’s Conservative Party, went on holyday in the Greek island of Corfu. There, he met with Oleg Deripaska and he allegedly asked him for 50,000 pounds as a donation for the Tories. Osborne denied asking for money, but he admitted he met with Deripaska.

No matter what happened in Corfu, the meeting in itself is proof of Deripaska’s influence among Western politicians and top officials.

His influence is also proved by the fact that from 2007 onwards, when RUSAL became the World Economic Forum’s strategic partner, Deripaska has been a permanent participant at the WEF sessions that take place every year in Davos, Switzerland.

Donald Trump’s former campaign chairman Paul Manafort worked for Deripaska on a project that allegedly aimed to “greatly benefit” the Putin government, as it was revealed earlier this year. The business relationship between Manafort and Deripaska began in 2006 and lasted until at least 2009. During this period, Manafort was paid 10 million dollars per year by Deripaska.

Manafort denied that his job was to make Putin’s Russia look good in the eyes of American officials, but he admitted his business ties with Deripaska. As a consequence, in August 2016 he was ousted from Trump’s campaign team.

In spite of his resignation, the Manafort affair is yet another proof that Putin did try, and apparently largely succeeded, to use his oligarchs as a means to get access to Donald Trump’s inner circle.