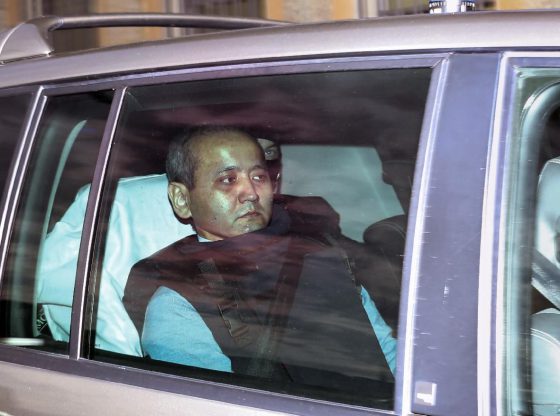 Ablyazov in a nutshell

Mukhtar Ablyazov is a Kazakhstani oligarch with an ambiguous image. Some consider him a hero for fighting against Nazarbayev. Others see him as a Kazakh Bernie Madoff, who created a large Ponzi scheme and now is trying to get away with it.

Ablyazov held various positions in the Kazakh government until 2002, when he was arrested for creating and sponsoring a political party hostile to Nazarbayev. 10 months later, in May 2003, he was released from prison and two years later he became owner and the Chairman of the Board of Directors of Kazakhstan’s largest bank, BTA.

After the financial crisis in 2007-2008, BTA began having problems, and an investigation discovered that Ablyazov used dummy accounts and offshore companies to move billions of dollars out of Kazakhstan and into his own pockets.

As a consequence, Ablyazov fled to the United Kingdom, where in 2011 he was granted political asylum. However, in 2012 a British court found him guilty of contempt for refusing to reveal the properties that he allegedly bought with the money taken from BTA.

Facing jail in UK, Ablyazov fled to France in 2012. The French authorities located him in 2013 and arrested him. In 2014, a French court order allowed the French authorities to extradite him in Russia, where Ablyazov was charged with the same crimes he was charged in Kazakhstan, since BTA also had branches in Russia, However, in December 2016 the French State Council overruled the order and released Ablyazov from custody.

What the Kazakhgate commission is about?

Kazakhgate is a story accusing France’s president Sarkozy of interfering in Belgian affairs in order to secure a contract with Kazakhstan’s president, Nursultan Nazarbayev.

According to the story, in 2009 Kazakhstan agreed to buy French military helicopters, Eurocopter. Nazarbayev conditioned the buy, though, by asking Sarkozy to help three of his friends, Patokh Chodiev, Alijan Ibragimov and Alexander Mashkevitch, to be cleared of all charges brought against them by prosecutors in Belgium.

Sarkozy and Chodiev, the story goes, pressured top Belgian politicians and government officials to change the Code of Criminal Procedure so that to become possible to enter into settlement agreements with the Public Prosecutor to terminate the public prosecution of offences at all the stages of a criminal procedure.

As a result, on 17 June 2011 Chodiev was the first beneficiary of the new law, by agreeing a settlement with the Public Prosecutors in Brussels. Ten days later, on 27 June 2011, France and Kazakhstan signed a deal according to which Kazakhstan agreed to buy 40 Eurocopter helicopters from France.

From 2014 onwards, this became one of the main stories in the Belgian media, being constantly covered by major outlets like Le Soir, La Libre Belgique or Le Vif. Eventually, in 2016 an inquiry commission was established by the Belgian parliament, in an attempt to understand how the settlement law came into being. The commission is presided by Dirk Van der Maelen, from the Flemish Socialist party (SP.A).

After Ablyazov was released from its French custody in December 2016, Van der Maelen made numerous trips to Paris, to meet him and to personally convince him to appear in front of his commission.

Van der Maelen claims he made a firm deal with Ablyazov – namely, that in return for his cooperation he will receive help with his application for Belgian citizenship. Apparently, Ablyazov will provide testimony in front of the Kazakhgate commission this November.

However, not all the commission’s members are happy with this. They argue that Ablyazov’s testimony is irrelevant to their proceedings.

Van der Maelen, does not appear to have provided the commissioners with the full details of the agreement he has reached with Ablyazov. Apparently, he said that he had agreed that if Ablyazov provided evidence, then no criminal prosecution would follow in Belgium and Ablyazov will be “free to apply” for residency and that his request would be dealt with “in aneutral manner”. He told them that he has an oral agreement with Ablyazov, and that he was expecting a letter from Ablyazov to confirm the terms.

This in itself is a scandal. One of the commission’s tasks is to investigate how Patokh Chodiev and Alijan Ibragimov obtained their Belgian nationality. To achieve this by allowing another Kazakh oligarch to get his own Belgian nationality is an irony few can miss.

Adding insult to injury, helping a man who is a fugitive from British justice to acquire Belgian nationality would be a severe blow to the Belgian parliament’s prestige.

The Belgian War Between Kazakh Oligarchs
Ablyazov & The Hitman