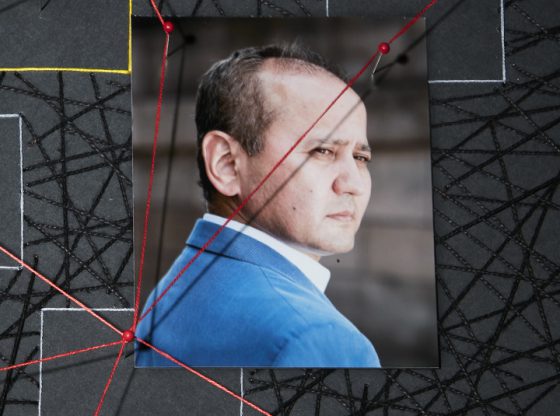 In late December 2004, the owner and CEO of BTA Bank, Yerzhan Tatishev, went on a hunting trip. Back then, BTA Bank had already become one of the most important banks in Kazakhstan, so Tatishev was a very powerful man. A man, it seems, with a passion for hunting.

This time, Tatishev was hunting for wolves. He was accompanied by Muratkhan Tokhmadiyev, a powerful man himself, yet one who didn’t belong to the banking circles, but to the criminal ones. Tokhmadiyev was well-known in the mafia circles of Almaty, Kazakhstan’s capital.

Why a well-known banker and a well-known Mafioso went together on this hunting trip, nobody knows. What we know is that the trip ended in tragedy. Tatishev, who was driving the car, reached out for his gun, and then handed it to Tokhmadiyev. The road was bumpy, so when Tokhmadiyev grabbed the gun, he accidentally shot Tatishev, who died because of the injury. This was, until recently at least, the official version of the story.

The consequence of the banker’s death was that Mukhtar Ablyazov forced Tatishev’s widow to transfer him the shares that Tatishev held in BTA. The transfer made Ablyazov the owner of BTA and one of the most powerful men in Kazakhstan. Because of this, rumors began to spread, claiming that Tatishev’s death was not accidental.

The rumors were recently confirmed by Muratkhan Tokhmadiyev, who declared that he shot Tatishev on purpose, and that the killing was ordered by Ablyazov himself. According to Reuters, Kazakh prosecutors said they will re-investigate the 2004 death of Tatishev after the man convicted of accidentally killing him said he had in fact been hired to do so by Mukhtar Ablyazov (https://www.reuters.com/article/us-kazakhstan-ablyazov/kazakhstan-to-re-examine-2004-bankers-death-may-target-nazarbayev-critic-idUSKBN1CU2PB).

Tokhmadiyev’s confession is a game changer. If true, Ablyazov holds much darker secrets than previously thought. Hiring a hitman to get rid of the only man who stood between Ablyazov and real power is not business as usual – not even in Kazakhstan.