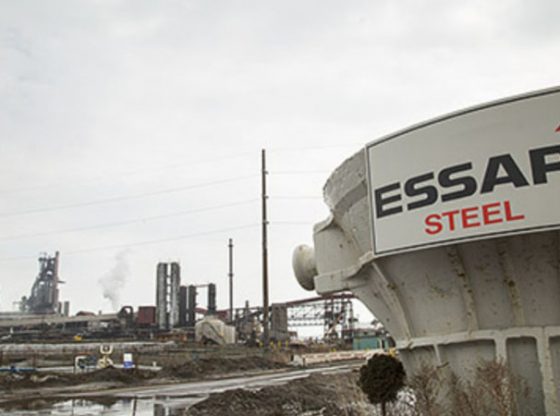 Sanctions turned Russia’s VTB Group into a pariah in Western countries. VTB shifted its focus to Asia to offset US and EU sanctions. Amid sanctions, the bank axed hundreds of jobs from its offices in London, New York and Dubai. Senior bankers left VTB. In February 2015, both S&P and Moody’s downgraded the Russian bank. VTB’s bid for India’s Essar Steel is part of the bank’s effort to negate the impact of Western sanctions.

Why has VTB shifted focus to Asia?

On 7 October 2014, VTB Capital, the investment arm of VTB Bank, Russia’s second largest lender, announced its decision to focus on Asian markets. The decision came only a few months after VTB and its subsidiaries had been blacklisted by the US and EU over involvement in the Ukraine conflict. The sanctions hit VTB hard and the loss of business in Europe and United States forced VTB to shift its attention from western markets toward the east.

The Essar Steel deal is part of VTB’s aggressive push to negate the impact of sanctions by securing more business in Asia. It is meant to offset the impact of Western sanctions on the Russian bank.

Sanctions turned VTB into a pariah

VTB has the largest international presence among Russian banks. VTB Capital began its international expansion in 2008, opening operations in London, New York, Dubai, Hong Kong, Singapore and Sofia. In 2012 the bank announced its ambitions to build an investment banking business to rival those of Deutsche Bank and UBS. By 2013, 40 percent of VTB Capital’s profits came from its international business.

In February 2015, Standard & Poor’s downgraded VTB and its subsidiaries, including VTB Capital, to junk. S&P downgraded the Russian group to BB+/Negative due to economic risk. The same month, Moody’s downgraded VTB to Ba1.

VTB Capital responded by reducing costs. Amid sanctions, VTB slashed hundreds of staff from its offices in London and New York.

Pulling back from London

In October 2014, while notifying its intention to focus on Asia, VTB Capital also announced its decision to “slightly” reduce the bank’s presence in London. But the adjustment was not slight at all.

The bank entered into a commercial sub-lease agreement for three of the five floors at its London headquarters, 14 Cornhill, a prestigious building next to the Bank of England. In October 2016, VTB claimed that „Brexit complications are forcing the bank to move its European headquarters out of the UK. However, most experts agreed that sanctions were a more likely motive than Brexit for VTB scaling back its presence in London.

The sanction on VTB have worked

VTB officials used to describe the United States as a priority for the firm. In July 2015, New York-based Evercore Partners ended its deal-making collaboration with VTB Capital due to US sanctions. VTB winded down its trading operations in New York, leaving just a representative office in the US.

In May 2015, VTB Capital closed down its equity trading activity in Dubai. VTB reduced staff headcount in Dubai by 50%, keeping only a few employees to cover asset management and fixed income.

VTB was hit hard by the sanctions. US and EU sanctions could make it impossible for the VTB-led Numetal consortium to finance a major manufacturer such as India’s Essar Steel.