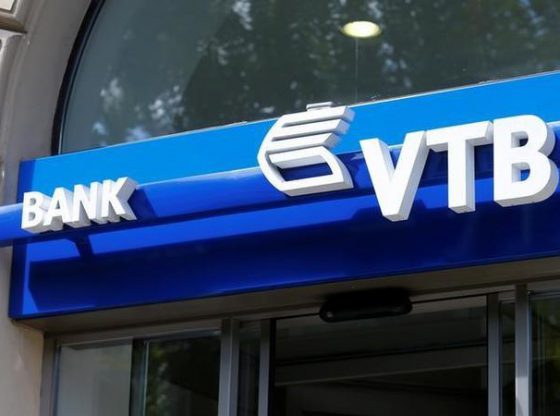 The similarities between VTB’s partnership with India’s Essar and the Hoima project in Uganda are striking. In 2016, a Russian consortium walked out from the lucrative contract to build Uganda’s first refinery. Amid sanctions, VTB Capital, lead financier of the project, struggled to raise sufficient financing for the refinery. Same thing is happening with India’s Essar Oil. VTB was supposed to finance the refining business but it cannot raise loans from major Western banks due to sanctions on Russia.

Is Russia sanctioned-VTB eligible to bid for Essar Steel?

VTB Bank, one of the bidders for India’s Essar Steel, has been banned from raising money in Western capital markets under sanctions triggered by Russian government’s involvement in the Ukraine conflict.

VTB CEO Andrey Kostin has played down the impact of the sanctions claiming it is business as usual. In July 2014, VTB chairman said the restrictions introduced are of an “explicitly temporary nature given the US and EU intention to review them within months”.

Kostin’s predictions proved to be wrong. Not only that the US and EU renewed the sanctions against VTB, but Andrey Kostin found himself blacklisted by the US Government in April 2018. http://oligarchsinsider.com/2018/04/16/andrey-kostin-blacklisted-what-happens-with-vtbs-bid-for-essar-steel/

Western sanctions have made it impossible for VTB to finance major projects.

Uganda’s Hoima oil refinery should have been operational in 2018. More than 3 years ago, in February 2015, Uganda’s government selected a consortium led by  RT Global Resources, a wholly owned subsidiary of the largest Russia’s state corporation Rostec, as the winner of the lucrative contract to build Uganda’s first refinery. VTB Capital was both a partner in the consortium and lead financier of the project. The $4 billion contract included the cost of construction of a 205-kilometre pipeline.

The announcement was met with public criticism because both RT Global and VTB Capital were facing economic sanctions from the US and EU. The sanctioned VTB could not raise long term finance through Western capital market, critics argued.

“It is expensive to build a refinery”

The critics were right. By the end of June 2016, the Russian consortium had walked out from the Hoima refinery deal.

Western sanctions played a major part in the RT’s decision to walk away. VTB struggled to raise sufficient money for the project, and as a result the Russian consortium tried to renegotiate issues of the contract that had already been agreed on. Among other demands, the Russians wanted to have access to cash reserves in Bank of Uganda and asked the government to guarantee their investment.

“It is expensive to build a refinery”, the Russian envoy to Uganda told international media in December 2016, justifying Russian companies’ decision to walk away from the deal.

Ugandan government refused to accept the Russian consortium demands. In August 2017, Uganda chose a consortium including General Electric to build and operate the Hoima refinery. The deal was inked April 2018.

In 2015, the Ruia family decided to sell off its refining business – Essar Oil – to a consortium led by Russia’s Rosneft. VTB played a key role in the sale (which was signed in 2017), funding the deal and acting as Essar’s adviser. http://oligarchsinsider.com/2018/04/26/how-close-are-ruia-family-and-russias-vtb/

The Essar Oil deal raised many questions since both Rosneft and VTB were under economic sanctions. In October 2016, Essar Group Director Prashant Ruia and VTB CEO Andrey Kostin claimed the Essar Oil deal is “fully compliant with Western sanctions”. The deal, Kostin explained, was “specially structured” to avoid falling foul of sanctions.

But despite Ruia’s and Kostin’s assurances, the Wall Street investment banks, which dominate the Indian mergers and acquisitions scene, sit out of Essar Oil deal.

More importantly, Essar Oil’s new owners could not raise loans from major Western banks due to sanctions on Russia. Essar Oil was forced to begin talks with traders to borrow over $1 billion for 3-4 years and repay with cargoes of refined product such as gasoline and gasoil.

VTB’s operations in India are similar to Hoima

The similarities between VTB’s partnership with India’s Essar and the Hoima deal are striking. Rostec, Rosneft and VTB are state-owned companies subject to Western sanctions. Their chief executives Sergey Chemezov (Rostec), Igor Sechin (Rosneft) and Andrey Kostin (VTB) have all been blacklisted.

In both India and Uganda, VTB’s operations benefited from strong political support. President Vladimir Putin told Ravi Ruia about his desire to “realize in concrete actions” “the huge potential of our mutual trust”. http://oligarchsinsider.com/2018/04/26/how-close-are-ruia-family-and-russias-vtb/ The Essar Oil deal was seen as a “diplomatic victory” in Kremlin’s effort to offset the impact of Western sanctions.

In Uganda, the decision to award the refinery deal to Russia was intended to “cement bilateral relations”. Russia has been the main supplier of military hardware to Uganda. And Rostec is Russia’s largest military weapons exporter.

Andrey Kostin and Shashi Ruia signed an agreement in the presence of Russian President Vladimir Putin and Indian Prime Minister Narendra Modi during President Putin’s visit to New Delhi in December 2014. President Vladimir Putin hosted Ugandan President Yoweri Museveni in December 2012, and the two discussed prospects for bilateral cooperation in energy. A couple of months later, in early 2013, Uganda’s Energy minister and his Russian counterpart met and signed a memorandum of understanding on energy cooperation.

VTB Capital, the investment arm of VTB Group, was supposed to finance both India and Uganda operations. And, apparently, it has already failed.

Sanctions have restricted the bank’s access to international capital, raising the cost of funding. Western investors are refusing to do business with VTB for fear of drawing sanctions.

So, is Russia sanctioned VTB eligible to bid for Essar Steel?