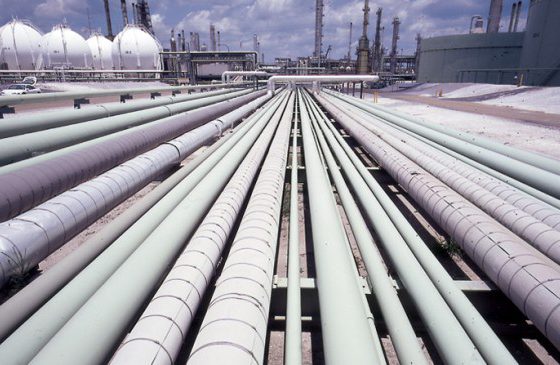 OI also wrote about the alliance between Russia and Turkey in the field of natural gas transportation, an alliance that creates geopolitical risks for NATO and the European Union. (Here: http://oligarchsinsider.com/2018/04/12/partners-of-the-oligarchs-eni/)

OI can now reveal how this Russian-Turkish alliance can further damage the European Union’s, and particularly Greece’s, interests.

Gazprom against the European Union

According to The Telegraph, the report “states that Gazprom infringed multiple EU laws and had engaged in “abusive behaviour”, charging “unfair prices” and leveraging its “dominant position”. The Commission called for fines of 30pc of relevant sales, or up to 10pc of total turnover. “The Commission considers that the infringement has been committed intentionally. Gazprom is fully aware of the illegal nature of at least some of the various contractual and non-contractual measures,” it said.

Investigators found that Gazprom was charging Poland $350 per 1000 cubic meters of gas, compared with $200 further down the Yamal pipeline in Germany, where the cost should logically have been higher. The apparent reason was to punish Poland for refusing to cede control over that section of the infrastructure to the Russians. Germany’s privileged pricing may help explain why it has been the chief champion of Gazprom’s interests in Brussels despite the Kremlin’s assault on Western democracies.” (see here: https://www.telegraph.co.uk/business/2018/04/12/leaked-eu-files-show-brussels-cover-up-collusion-putins-gazprom/)

TurkStream is a natural gas pipeline, currently under construction, designed to bring Russian gas to Tutkey, and from there to Southern Europe. Basically, it is the successor of South Stream, a project that was halted by the European Union because, if completed, it would have given Russia a strong influence over Southern Europe.

What was true about South Stream is also true about TurkStream, because it’s almost the same project, with the only difference that, unlike South Stream, TurkStream, as its name suggests, includes Turkey as a strategic ally of Russia.

If completed, TurkStream will give not only Russia, but also Turkey, a huge amount of influence over Europe. Turkey will become the southern equivalent of Ukraine: it will get full control over how Russian gas will get into Europe. Turkey will thus be in a position to control and even blackmail Greece (and other European countries), just like the formerly Russian-controlled Ukraine was in a position to blackmail Western countries by cutting the gas supply coming to them from Russia.

Friends of TurkStream and of Erdogan

Snam, the Italian gas operator, is interested in the completion of TurkStream. Earlier this month, Snam’s CEO, Marco Alvera, met in Moscow with Gazprom’s CEO, Alexei Miller, to discuss cooperation between the two parties regarding the TurkStream project. (https://www.reuters.com/article/us-russia-gazprom-snam-it/russias-gazprom-says-discusses-cooperation-with-italys-snam-idUSKCN1HB1P7)

In early February this year, Turkey’s president Recep Erdogan went to Italy, where he met with representatives from Snam (and from other leading Italian companies). (http://www.adnkronos.com/aki-en/politics/2018/02/05/erdogan-dines-with-italian-big-business_ooVTcODb24vJEXZlW2cSIN.html)

Everything looks like an offensive headed both by Russia and Turkey to increase Turkey’s (and therefore Russia’s) influence in Southern Europe. And Italy’s Snam is at the center of this offensive, as a strategic ally.

As stated earlier, if completed, the TurkStream project will give Erdogan a huge amount of power over Europe, and especially over Greece. Turkey will be able to dictate to Greece the price for the gas it delivers, which in turn will severely weaken Greece’s position in the region. For all intents and purposes, Greece will become Turkey’s vassal-state.

It’s easy to imagine the damaging effect this Russian-Turkish alliance will have over the European Union. It will generate divisions between Turkey- dependent states and other EU members, less dependent on Russian gas. A new agenda could be imposed, and everything we know about European cohesion and democracy will suffer a damaging blow.

Russia thus might be able to achieve via Turkey what it failed to achieve via Ukraine. Ukraine, though, was finally co-opted in the Western sphere of influence, so the Russian influence was successfully blocked. Turkey, on the other hand, is constantly moving farther away from Europe and from NATO, and a stronger alliance between illiberal Russia and illiberal Turkey, to the detriment of Greece (and of the European Union in general), is becoming more obvious and more successful by the day.

Snam is a supporter of this Russian-Turkish alliance, because it will increase its profits, even though it is detrimental to Greece. Under these circumstances, perhaps the Greek government will reevaluate its decision to accept Snam as the preferred bidder in the acquisition of DESFA.

If companies like Snam and Fluxys, who support the Russian-Turkish alliance, will get control over Greece’s gas operator, they will make a lot of money, but Greece itself will lose.

Andrey Kostin blacklisted: What happens with VTB’s bid for Essar Steel?
How close are Ruia family and Russia’s VTB?