Partners of the Oligarchs: Eni

Home /Insights/Partners of the Oligarchs: Eni 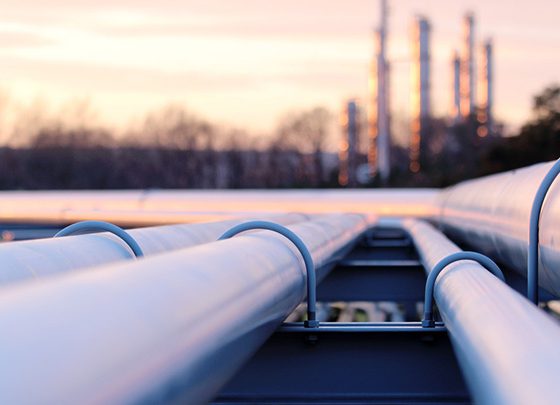 Gazprom is Russia’s giant company in the field of extraction, production, transport, and sale of natural gas. It is a major player on the global gas market.

Gazprom is also a “national champion,” a business organization expected not only to seek profit but also to “advance the interests of the Russian nation.” The Russian government provides policies designed to favor “national champions” – for instance, Gazprom holds the monopoly on the export of Russian gas. In return, these companies have to actively promote Russia’s interests abroad, and are officially part of Russia’s diplomatic strategy. In other words, “national champions” are both business organizations and governmental propaganda machines, used by the Russian government to actively influence foreign politicians.

As a national champion, Gazprom’s job is to silence criticism on Russia made by foreign governments and to influence foreign governments to have a friendly (and sometimes even submissive) attitude towards Russia. It is important to understand that Gazprom is a governmental institution actively involved in shaping policies towards Russia. Doing business with Gazprom is getting involved, perhaps involuntarily, into the promotion of Russia’s political agenda.

In spite of this, many companies are doing business with Gazprom. One of them is Eni, a major Italian gas company – and, like Gazprom, an important player on the global gas market.

Eni boasts about its excellent relationship with Gazprom on its official website: “Collaboration between Eni and Gazprom has a long history. Starting in 1969, when the first contract was signed for the supply of 6 billion cubic meters per year of natural gas from the USSR to Italy, Eni and Gazprom laid the foundation for a long and stable working relationship that has continued up to the present day.” (https://www.eni.com/en_RU/eni-russia/partners-projects/gazprom/gazprom.shtml)

Eni and Gazprom built together the Blue Stream, a major trans-Black Sea gas pipeline that carries natural gas from Russia into Turkey. Blue Stream made Turkey more dependent on Russia, with analysts noting that it helped create a closer relationship between Erdogan’s Turkey and Putin’s Russia, which in turn made Turkey more and more rebellious against NATO and the United States.

In simple words, with Blue Strea Eni helped Gazprom to advance Russia’s interests by putting Turkey, an important NATO member, at odds with its Western allies. It also helped Erdogan to become bolder and to move towards an open authoritarian regime, which also helps Russia’s interests.

In March 2017, Eni and Gazprom signed a new memorandum of understanding (MoU), analyzing the prospects for cooperation in developing the southern corridor for Russian gas supplies to European countries, including Italy.

Eni was a big supporter of the now defunct South Stream project, designed to transport Russian natural gas through the Black Sea to Bulgaria and through Serbia, Hungary and Slovenia further to Austria. If completed, this project would have made Southern European (and some Western European) countries even more dependent on the Russian gas.

It would have been Blue Stream on a much larger scale. If Blue Stream helped Russia to destabilize NATO via Turkey, South Stream would have destabilized the European Union by aligning some EU member states with Russia and directly against EU.

Russia didn’t abandon this strategic project, and Emi, as proved by the MoU with Gazprom, is happy to oblige.

It is worth mentioning in this context that Emi is actively involved, through Snam, its major Italian business partner, in the acquisition of DESFA, Greece’s gas grid operator. Until recently, Snam was entirely owned by Eni, but in the meantime it became an independent company.

Considering the 2017 memorandum of understanding with Gazprom, the attempt to acquire DESFA via Snam can easily be interpreted as Eni doing its part in helping Gazprom to implement its strategy in Southern Europe. If successful, Greece will move on the same path as Turkey did after the completion of Blue Stream, which is somewhat ironic given that Greece and Turkey see each other as archenemies.